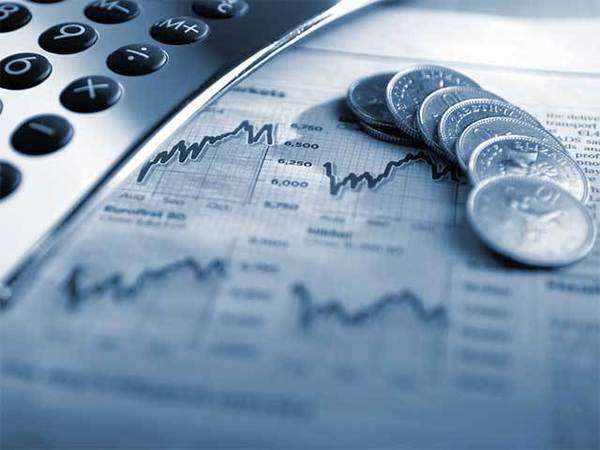 Ernest & Young (EY) study shows there has been a quarter-on-quarter decline in private equity and venture capital investments, but fund-raise remains strong

Startups garner highest quarterly investment value and buy-outs in 2018 at $6.3 billion across 32 deals surpass the previous record set in 2015 of $3.9 billion across 29 deals

Highest quarterly value of startup investment ever at $2.1 billion across 92 deals

According to EY India’s monthly Private Equity Deal Tracker, PE/VC investments weaken in third quarter of the year 2018 (3Q18) in India. At $6.7 billion, quarterly PE/VC investments declined 23% on a year-on-year basis in 3Q18.

This is also the most under-performing quarter in 2018 both in terms of investments and exits. Excluding the Flipkart deal, at $1.3 billion, exits declined 71% on a Y-o-Y basis in 3Q18. Nonetheless, year-to-date at $22.2 billion, PE/VC investments in India are higher by 17.4% and given some large deals in the pipeline, it is set to surpass the previous year high any major macro setbacks notwithstanding.

PE/VC deal activity was strong in the first half of 2018. However, says Vivek Soni, Partner and National Leader Private Equity Services, EY India, 3Q data and discussions with PE/VCs suggest that investors are turning cautious. Macro headwinds like rising crude oil prices, depreciating rupee, talk of trade wars etc. have increased uncertainty, he says. Liquidity related issues attributed to NBFC sector and the pronounced sell down in listed financial services stocks has also weakened the sentiment. It is possible that the upcoming 2019 general elections, the slowly evolving NPA situation and the developing situation around select NBFCs may influence investors to consider taking a wait-and-watch approach in the short-term.
Nonetheless, with record levels of PE/VC dry powder of over $40 billion awaiting deployment in India and the long-term secular growth forecast of around seven per cent, EY remains positive on the medium to long-term prospects of the Indian PE/VC industry. “As we enter into 4Q18, there is a pipeline of large deals awaiting regulatory approval, which if closed successfully, could lead to another record year for Indian PE/VC industry for investments as well as exits,” says Mr Vivek Soni.

On a Y-o-Y basis, quarterly PE/VC investments in 3Q18 declined 23% in value terms compared to 3Q17 ($ 6.7 million against $ 8.7 million in 3Q17) despite a 29% increase in the number of deals over the same period (178 deals against 138 deals in 3Q17). On a sequential basis, the quarterly decline in value of investments was 11% and 16% compared to 2Q18 and 1Q18 respectively. The decline in investments was mainly on account of fewer large deals (deals with value greater than $100 million) in 3Q18. 3Q18 recorded 13 large deals aggregating $3.9 billion compared to 18 such deals in 3Q17 aggregating $7 billion. 2Q18 recorded 25 large deals aggregating $6.1 billion, while 1Q18 recorded 13 large deals aggregating $5.7 billion.
Steady flow of large deals had helped each of the last four quarters record investments in excess of $7 billion. Though the trend has been broken in 3Q18, there were couple of large deals in the works in 3Q18 that if concluded can add significantly to the overall investment tally for 2018. These include, TPG’s and ADIA’s $1.2 billion funding of UPL for its overseas acquisition of Arystra and Westbridge, Madison and Rakesh Jhunjunwala’s $1 billion investment in Star Health and Allied Insurance. The largest deals in 3Q18 include Softbank, Sequoia, Lightspeed and others investing $1 billion in OYO Rooms, KKR’s $ 530 million buyout of Ramky Enviro and AION-JSW’s $400 million buyout of Monnet Ispat.

From a sector point of view, most of the top sectors for PE/VC investments recorded noticeable declines in 3Q18. Ecommerce, Real Estate, Financial Services, and Healthcare, which are some of the sectors that traditionally receive maximum PE/VC investments, recorded quarterly investment declines in excess of 50% on a Y-o-Y basis. Power & Utilities, Logistics and Technology were the few sectors to show improvement in 3Q investments compared to last year, albeit with very few deals

Exits
If we exclude the Flipkart deal, at US$1.3 billion PE/VC Exits declined by 71% on a Y-o-Y basis in 3Q18, making it the worst performing quarter in 2018 for exits.

The decline in exits in 3Q18 was across most deal types both in terms of value and volume. Though exits via strategic sale were the highest ever at $16.1 billion (16 deals), it was mainly on account of the single large $16 billion Walmart-Flipkart deal. Exits via secondary sale (sale to other PE funds) recorded US$390 million (7 deals), 73% lower compared to 3Q17 in terms of value.

Volatility in the markets continued to impact open market deal activity as well as PE backed IPOs. 3Q18 recorded just 14 deals worth US$647 million compared to 32 deals worth US$1.5 billion in 3Q17, $1 billion in 2Q18 and $890 million in 1Q18. IPO market also recorded muted performance with just two PE backed IPOs in 3Q18 (7 in 3Q17) which include TA Associates selling its 11% stake in TCNS Clothing for $72 million, and Micro Ventures selling its stake in Credit Access Grameen Limited for $72 million.

From a sector perspective, E-commerce recorded highest value of exits in 3Q18 ($16 billion across 3 deals) mainly on account of the large $16 billion deal followed by Financial Services ($491 million across 7 deals).

The largest exit in 3Q18 was also the largest exit ever for the Indian PE/VC industry which saw Softbank, Tiger Global, Accel and others selling around 77% stake in Flipkart to Walmart for $16 billion.

About EY
The insights and quality services we deliver help build trust and confidence in the capital markets and in economies the world over. We develop outstanding leaders who team to deliver on our promises to all of our stakeholders. In so doing, we play a critical role in building a better working world for our people, for our clients and for our communities.

This news release has been issued by EY Services Limited, a member of the global EY organization that also does not provide any services to clients.