A bad year for many people, yet too good for some, the year 2020 witnessed the once-in-a-century pandemic. God only knows whether this equation may change in this century. Ring in a new calendar, new hope and an entirely changed world, most people will have to take an untrod-den route. Unpredictability ruled all predict-abilities in 2020, as the stock indices were at the peak when the world was reeling in a pandemic.

In the Indian stock market. a correction needs no big reason. A technical correction needs only a transient reason. On 31st December 2019, Sen-sex closed at 41253 after losing more than 300 points over the previous day. The calendar 2020 opened with a rise Of 150 points in the Sen-sex over the previous days close on a dull note. But the bull lost it’s the first-day steam. because of the Middle East tension after the US killed a top Iranian military commander, Qasem Soleimani. Indices bled heavily as market-men feared Iranian retaliation and the consequent US war on its bitter Asian enemy. That was an exaggerated fear since everyone knew to what extent Iran could move against the US Of course, the US could have pounced Iran and set all its oil assets on fire. Still, that was a remote possibility. because the US couldn’t be so irresponsible. Nevertheless. that came up merely as a reason for correction so that bulls could reposition.

Indices soared in the subsequent days, even though the world economy was yet to signal a recovery The Indian economy was not sure of reaching a predicted rate of growth. Yet, before the pandemic was in sight, the market showed an uptrend.

That could have been an indication of strong underlying hope on gathering investible funds. Such funds would only wait for correction. At each level of correction, the funds waiting elsewhere would surely find their ways in fundamentally strong stocks.

The union budget for the financial year 2020- 21 did not impress investors, like the earlier years. In the last three years, the budget- making of the Modi government was not intended to impress the stock market watchers. After the GST roll-out that man- dated the decision Of tax rate to the GST committee, the Union Finance minister remained insulated against lobbying for tax incentives. In fact, the mechanism has drastically reduced the complication Of the tax metrics.

The Union budget thus became an action of budgeting revenue against spending on infrastructure and socioeconomic growth. The ritual of reading out policies also has ended. In fact. the budget stopped becoming a deciding factor Of stock market prospects Market watchers continued to anticipate policy changes along with fiscal bonanza. TO add to the Union budget disappointment, Covid-19 news started appearing inside pages Of newspapers. A pandemic bomb was readily built in. By March, the pandemic began to keep Europe and America on their toes. Covid-19 became global as it crossed both the Pacific Ocean and Atlantic, while Wuhan continued to wriggle secretly India reported the first Covid-19 on 30th January 2020. A fortnight Later, as many as 25 countries reported massive infections, as China continued to reel in trouble of a rapidly rising number of casualties and mortalities. But until March, nobody paid serious attention to this isolated case reporting in India. Indians were confident that did not last long. Finally, India declared a 21- day lockdown on 23rd March. The market had its worst-ever bleeding upon the lockdown shock, washing Off more than 13 percent of stock indices in a single trading session.

On 23rd March, trading on Bombay Stock Exchange Index, Sen-sex, closed with a loss of 3935 points. Nifty lost 1002 points. All sectoral stocks also took the worst ever beating. Investors lost a wealth of almost Rs 14 trillion in their holding value in a single day Four-year long bear phase through the banking sector aggravated further. All doors were closed A doom befell traders’ mind, but the smart investors saw a groundbreaking for opening another entry point.

A doom all over the world. But major economies in the world acted quickly by infusing trillions to keep the economy running. The US Federal Reserve pumped in a huge chunk in various phases. The US Congress signed in bills that credited dollars in the accounts Of the job-losers. self- employed ones and crumbling businesses, India also followed what the large economies did.

A couple of days after the declaration Of a national lockdown, the Union Finance Minister announced a stimulus package of ₹l.7 trillion. India then had only less than 600 cases of Covid-19 infection. “We have come with a package, which will immediately take care Of the concerns, the welfare concerns, Of the poor and suffering workers and those who need immediate help,” said Nirmala Sitaraman, Union Finance Minister at the time of the stimulus package announcement. After subsequent package announcements worth e 20 trillion, investors regained confidence. Foreign portfolio investors had huge money to invest. Sensible investors usually wager on a falling market.

The market was falling for them. but with a staggering uncertainty. At the same time. the investors foresaw a new business equation being set in to cash in on the growth potential that some companies began to see. Giants like Reliance continued to attract new investors, who came forward to chip in trillions for a stake in the Group’s potential business verticals. Since April 2020, the market began to look up slowly, but steadily. Those who took a position in stocks during the end of March and April reaped a huge bonanza. Equities returned hugely. There was a big rush Of first-time investors. The new demat account opening indicated an estimated seven million new investors entered the market during the lockdown period. The number was far more than the aggregate number Of demat accounts opened in the entire financial year 2019-20. The job loss and fall income prospects did not matter.

The market saw an all-time high foreign portfolio investment above 1.5 trillion. Domestic financial institutions with retail investors invested much higher to make the bulls run to a new high. all-time peak. The year 2021 is crucial, yet promising for those who reposition their plan according to the changing world order. A bet with common sense would be rewarding. 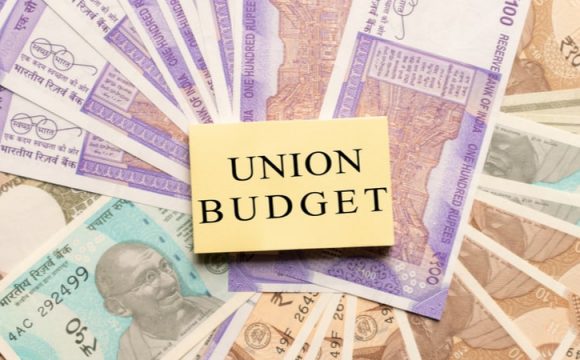