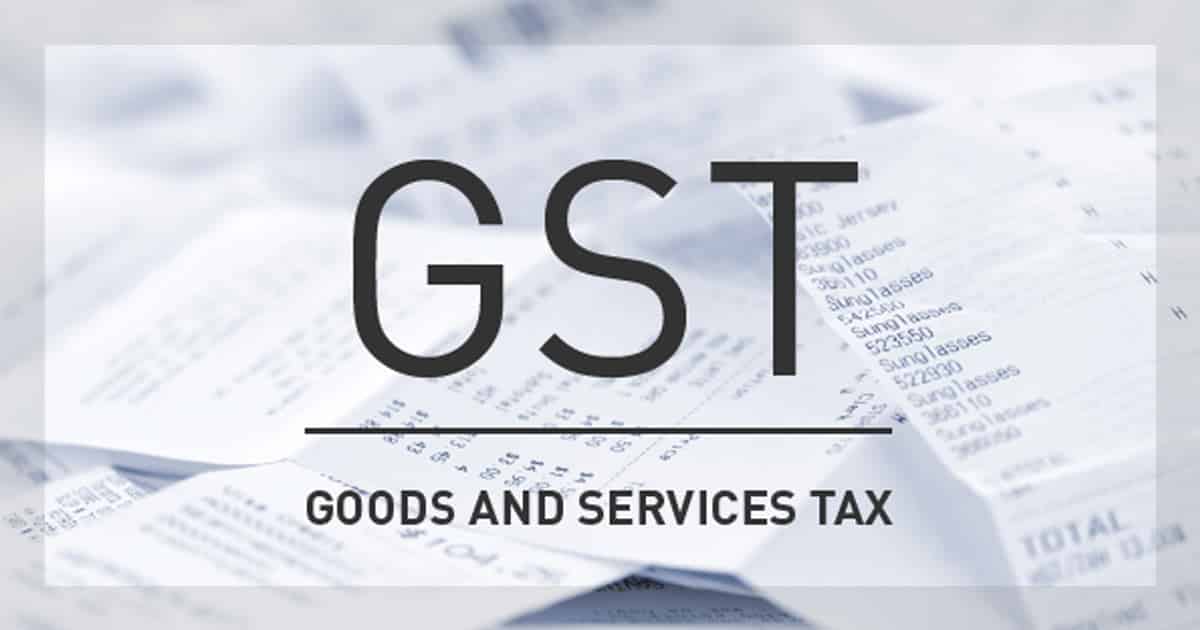 The stake on no-profit company with Rs 10 crore equity called Goods and Services Tax Network would be held by Central and State government at the ratio of 50 per cent each. Originally, the Central government held 24.5 %, States 24.5 %, NSE Strategic Investment Co, HDFC, HDFC Bank and ICICI Bank 10 each and LIC Housing Finance 11 % in the equity of GSTN.

The Union Cabinet has approved increasing of government ownership in Goods and Services Tax Network (GSTN) and a change in the existing structure with a transitional plan. Accordingly, the government has acquired the entire 51% equity held by the Non-Government Institutions in GSTN for equally dividing among the Centre and the State Governments, and allowing the GSTN board to initiate the process for acquisition of equity held by private companies. As a result, the restructured GSTN, with 100% government ownership, shall have an equity structure between the Centre and the States with a stake of 50% each. As a result, the government will allow a change in the existing composition of the Board of GSTN inducting three directors from the Centre and the States and three other independent directors to be nominated by the Board of Directors and one Chairman and the CEO.  Thus the total number of Directors on the board of GSTN would be 11.

Earlier, the Central government held 24.5 %, States 24.5 %, NSE Strategic Investment Co., HDFC, HDFC Bank and ICICI Bank 10 each and LIC Housing Finance 11 % in the equity of GSTN, which is a Section 8 (under new companies Act, not for profit companies are governed under section 8), non-Government, private limited company. It was incorporated on March 2013.

The common GST Portal developed by GSTN will function as the front-end of the overall GST IT eco-system. The IT systems of CBEC and State Tax Departments will function as back-ends that would handle tax administration functions such as registration approval, assessment, audit, adjudication etc. Nine States and CBEC are developing their backend systems themselves. GSTN is doing the backend for 20 States and 5 UTs. GSTN has been interacting with CBEC and States for ensuring mutual interaction between the front-end that would be operated by GSTN and the back-ends of the tax administrations. Till September 2016, ten workshops have been conducted with the States/CBEC. GSTN will undertake training of tax officials in GST IT system from December 2016 onwards. During the operation phase as well GSTN will continue the interaction with CBEC and states and extend help wherever necessary. The Authorised Capital of the company is Rs 10 crore.

The GST System Project is a unique and complex IT initiative. It is unique as it seeks, for the first time to establish a uniform interface for the tax payer and a common and shared IT infrastructure between the Centre and States. Currently, the Centre and State indirect tax administrations work under different laws, regulations, procedures and formats and consequently the IT systems work as independent sites. Integrating them for GST implementation would be complex since it would involve integrating the entire indirect tax ecosystem to bring all the tax administrations to the same level of IT maturity with uniform formats and interfaces for taxpayers and other external stakeholders. Besides, GST being a destination based tax, the inter- state trade of goods and services (IGST) would need a robust settlement mechanism amongst the States and the Centre. This is possible only when there is a strong IT Infrastructure and Service back bone which enables capture, processing and exchange of information amongst the stakeholders including tax payers, States and Central Governments, Accounting Offices, Banks and RBI.

This project to produce clean water which is reused for various purposes, simultaneously recovering nutrients and energy from the urban waste water is a joint initiative of Indian and Dutch scientists.

He also inaugurated two bio-toilets supported by DBT-BIRAC and the Bill and Melinda Gates Foundation installed at the Sun Dial Park. This is said to be an attempt to meet the goals set by the Swachh Bharat Abhiyaan and contribution of the Department of Biotechnology, the Ministry of Science and Technology to Swachhta Hi Seva movement launched by Prime Minister Narendra Modi recently.

The plant, which can convert one million litre of sewage into clean water and generate three tonnes of biofuel ,will be scaled up and will become a model for example for the whole world.

The government also has undertaken afforestation of marshy flood plains, degraded and unusable land and planted 2281 plant and tree species. These are from 44 indigenous species, which not only clean the area, mitigates mosquito breeding but also purifies the air and soil. The species and the spacing of the planted material is carefully planned using a technology which allows these trees to grow rapidly and within a short span of two-three years recover a unique ecosystem of birds, insects and animals.

Quote: Plant has capacity to convert 10 lakh litres of sewage to 3 tonne of bio-fuel per day: Dr. Vardhan

How many people know street vending is not illegal

Vendors are the most harassed lots by police and Municipal authorities.  Involved in informal sector activities earlier, they used to face constant threat of eviction, removal, confiscation of goods and almost non-existent social security cover. They are now protected by an Act.

Shri Hardeep Singh Puri, Minister of State for Housing and Urban Affairs (I/C), has stated that his Ministry is committed to provide enabling environment to the street vendors by taking up with the states to notify Rules and Schemes under the Act thus paving way for its implementation.

The government is implementing the Deendayal Antyodaya Yojana– National Urban Livelihood Mission (DAY-NULM) with seven components which is being implemented in the statutory towns of the country. The DAY-NULM aims to reduce poverty and vulnerability of the urban poor households and enables them to access gainful self- employment and skilled wage employment opportunities.

Vendors involved in informal sector activities earlier used to face constant threat of eviction, removal, confiscation of goods and almost non-existent social security cover. For ending this concern permanently and promoting pro-vending town planning, the parliament passed the landmark Street Vendors (Protection of Livelihood and Regulation of Street vending) Act 2014. The Act provided for regulating street vending, certification of vending, harassment against unlawful eviction, rights and obligations of street vendors. It also provided protection to the natural markets. The Act lays down an important role to Town Vending committees in the governance of provisions relating to protection of rights of street vendors. In the composition of Town Vending committees, street vendors’ representatives will be not less than 40% of the total strength of the Committee. Under the Act, respective states and Union Territories have to notify Rules and Schemes for ensuring its implementation. So far 21 States have notified their respective Schemes.

The public sector fertilizer  company got TDR for transfer of its land. Menwhile the Talcher project of which RCF is one of the main promoters got equity investment of Rs 1033.54 crore from the Department of Fertilizers.

The Central government has given approval to the public sector fertiliser giant Rashtriya Chemicals and Fertilisers (RCF) approval for transfer of its land to Mumbai Metropolitan Regional Development Authority (MMRDA) and approved transfer of its land to Municipal Corporation of Greater Mumbai (MCGM). The government also has given permission for selling of Transferable Development Right (TDR) Certificate receivable against the transfer of land to MMRDA and MCGM.

MMRDA acquired 48,849.74 sq.mtrs. (8265 sq. mtrs. free land and 40584.74 sq. mtrs. encumbered) of land of RCF and completed the construction of Eastern Free Way – Anik Panjrapol Link Road (APLR) and open for public use in the year 2014. RCF received TDR certificate of 16530 sq. mtrs. on 1st November 2017 issued by MMRDA against 8265 sq. mtrs. of unencumbered land as an interim relief. RCF was demanding from MCGM to delete the internal roads of RCF colony from their Development Plan of Mumbai for a long time. Subsequently, RCF agreed to hand over about 16000 sq. meters of land for construction of 18.3 meter DP road in lieu of TDR as compensation  subject to mutually agreed terms and conditions.

MCGM in the development plan has shown reservation of 331.96 sq. meters of RCF land in front of the proposed township of RCF for public road widening. As per development control rules 1991 of MCGM, in case of reservation on the land it is mandatory to surrender the land, as road set back area to MCGM.

Meanwhile, the Cabinet Committee on Economic Affairs has approved the proposal of the Department of Fertilizers for equity investment of Rs1033.54 crore, 29.67% of the total project cost for setting up a coal gasification based fertilizer project in Talcher Fertilizer. (TFL) by RCF. The revival of the Talcher project will ensure huge investment in the fertilizer sector from the Government through PSUs.  This will create job opportunities and also boost the economy of the State and the eastern region.  The revival of the fertilizer unit will also ensure increase in indigenous production of urea leading to greater self-reliance in urea.

Australians have commissioned and launched recently an India Economic Strategy which recommends that Australian companies should strive by 2035 to lift India into their top three export markets. This opens possibilities of the giant size Australian Superfunds to flow into India

This is one of the Prime Minister’s initiatives to attract Australian Superfunds to invest in India after his meeting with its officials at the sidelines of Commonwealth Head of Government lst April. Last month, a five-member delegation of Australian Superfunds called on Mr Suresh Prabhu, Union  Commerce and Industry and Civil Aviation Minister. The team was briefed about the potential of Indian growth story. The minister assured them of stability and certainty of business in the long term and pointed out that India provides abundant opportunities for Australian Superfunds. “Our priority is to engage them to explore investing in India,” said Mr Prabhu.

Australia’s superannuation funds valued at 2.6 trillion Australian dollar is one of the world’s largest in terms of volume. The funds have exposure including in various international markets. However, their exposure to Indian markets is still very insignificant, despite continued greater than average market returns in India. India has emerged as the fastest growing major economy in the world, with growth rates averaging over seven per cent a year.

After PM meeting with them, Australians have commissioned and launched recently an India Economic Strategy which recommends that Australian companies should strive by 2035 to lift India into their top three export markets and to bring India into the inner circle of Australia’s strategic partnerships, among others.Going by estimates a year ago, Australians have $2.53 trillion in superannuation assets, making Australia the fourth largest pension fund assets holder in the world. There are about 500 superannuation funds operating in Australia. Of those, 362 have assets totaling greater than $50 million.  In the recent time, the Australian superannuation industry has been under fire for re-investing funds into questionable investments, to benefit related parties ahead of the investor. That led to a conflict of interest with the parent entity re-investing funds into funds related to the parent entity. 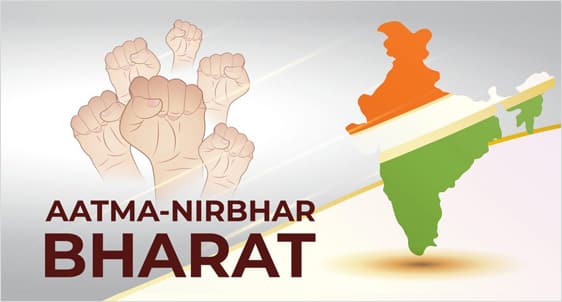