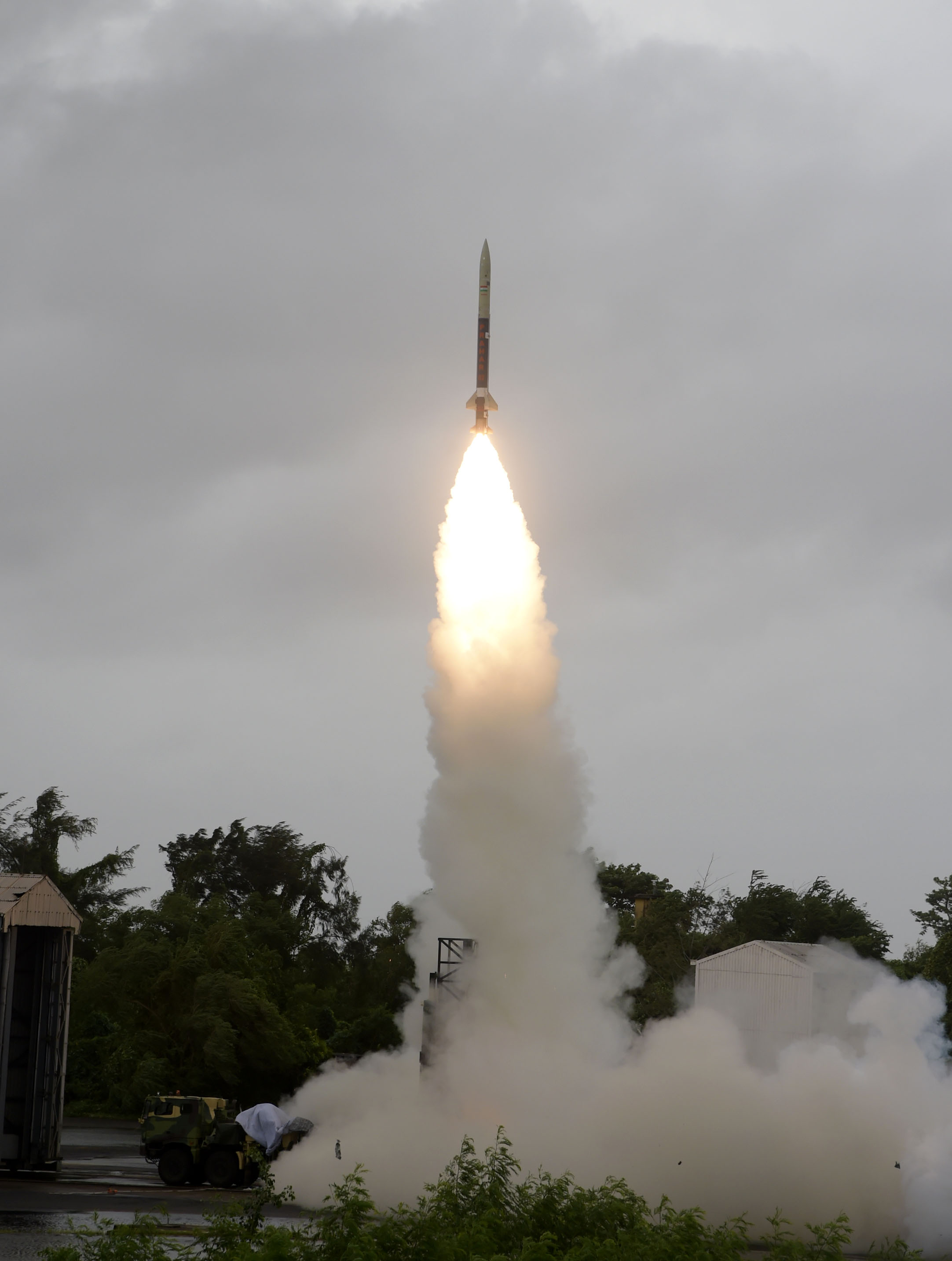 Procurement of equipment worth Rs 9,100 crore

The Defence Acquisition Council (DAC), chaired by Mrs Nirmala Sitharaman, approved the procurement of equipment for the defence forces valued at over Rs 9,100 crore.

While pursuing the goal of indigenisation and self-reliance, the DAC approved procurement of two regiments of Akash Missile Systems under buy Indian category from Bharat Dynamics (BDL). The missile to be procured is an upgraded version of the previously inducted Akash missiles and will include seeker technology, possess 360 degree coverage and will be of compact configuration with reduced signature. The upgraded Akash Weapon System is operationally critical equipment which will provide protection to vital assets.

The DAC also has accorded approval for progressing design and development of Individual Under Water Breathing Apparatus (IUWBA) for T 90 Tanks. Developed by DRDO Lab DEBEL, the IUWBA is used by the crew of Tanks as a safety gear and is required by the Tank crew for emergency escape when negotiating water obstacles while deep fording. The DAC also approved Design and Development of Test Equipment for Guided Weapons System of T 90 Tank. The equipment is being developed by DRDO and will give an indigenous solution to the test equipment used for checking the Guided Weapon System of Tank T 90. The equipment earlier procured from foreign OEMs, has been developed indigenously, in pursuit of the government’s Make in India initiative.

MPATGM is a third-generation anti-tank missile that has been designed to replace the Indian Army’s second-generation Milan and Konkurs ATGMs. The new deal included over 8,356 missiles, 321 plus launchers and requisite technology transfer to the public sector defence company Bharat Dynamics (BDL)

The MPATGM is a third-generation anti-tank guided missile fitted with a high-explosive anti-tank (HEAT) warhead. This has a top attack capability with maximum engagement range of about 2.5 kilometers. Last year, eight static tests of rocket motor were conducted to achieve consistent ballistic performance. After cancelling the proposed deal with Israel for Spike-MR, November last year, Mrs Nirmala Sitharaman, had directed DRDO to deliver country-made man-portable fire and forget guided missile. India had decided to settle for an indigenous MPATGM platform after a committee headed by a major general examined various aspects related to the Spike MR-deal and recommended developing a homemade anti-tank guided missile. The decision was made despite the Indian army headquarters having highlighted “the operational urgency of the equipment,” arguing that the spike would give “a major capability impetus to troops deployed on the Line of Control (LC), especially in the current operational scenario.” The deal included over 8,356 missiles, 321 plus launchers and requisite technology transfer to India’s state-owned Bharat Dynamics initially. Spike-MR was chosen over the American Javelin, which had offered missiles having a range of four kilometers as a Make-in-India project.

Once deployed into service, the anti-tank guided missiles will enable the Indian Army to attack and destroy hostile tanks in the battlefield. The flight trials were conducted in association with the missile manufacturer DRDO to demonstrate the MPATGM’s ability to be launched from different ranges, including testing the weapon’s maximum range capability. MPATGM is a third-generation anti-tank missile that has been designed to replace the Indian Army’s second-generation Milan and Konkurs ATGMs.