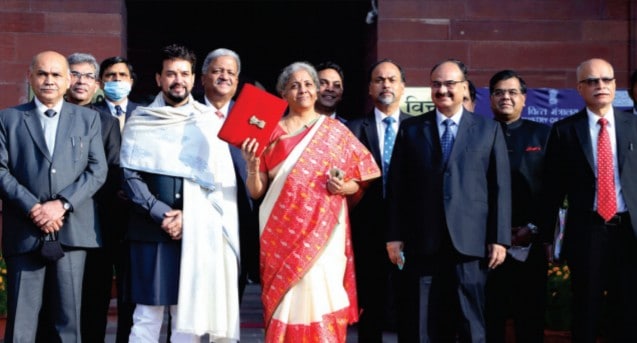 The defence sector has got the 15-year highest allocation. This is going to create huge job opportunities in India since India has been consistently reducing its dependence on imports.

Budget for the Financial Year

2021-22 has given a major push to defence modernisation by increasing defence capital outlay by 18.75 per cent to ₹ 4,78,195.62 crore for the Financial Year. Excluding Defence Pension. The total allocations for Defence Services and other organisations/Departments under the Ministry of Defence for the year is ₹3.62.345.62 crore, an increase of ₹24,792.62 crores over the current year’s allocation. The capital expenditure for modernisation and infrastructure development of armed forces rose 18.75 per cent to ₹ 1.35.060.72 crore over the previous year. There has been a consistent increase in allocation. This is the highest ever increase in the capital outlay of defence in the last 15 years.

Power availability in the country is still a major concern. Reading this concern. The Union Minister has proposed an outlay of ₹3.05,984 crore over five years for a revamped reforms- based result-linked power distribution sector scheme.

3, 05,984 crores for Revamped Reforms-based Result-Linked Power Distribution Sector. It is high time to break the monopolies of distribution companies across the country so that people get the best of choice. Today, people are increasingly unhappy with the service and reckless billings of DISCOMS.

The scheme will assist DISCOMS for infrastructure creation, including pre-paid smart metering and feeder separation, up-gradation of systems. etc. tied to financial improvements. It is high time to break the monopolies of distribution companies across the country so that people get the best of choice. Today. people are increasingly unhappy with the service and reckless billings of DISCOMS. Considering this the Finance Minister has
proposed to put in place a competitive framework to give consumers alternatives to choose from among more than one distribution companies.

The Union Budget 2021-22 was a balanced one with several encouraging proposals for the country’s real estate sector. For instance. the FM announced that more economic corridors are being planned to boost the development of roadways to improve inter- as well as intra-state connectivity. Plans were also announced to expand the metro coverage as part of additional budgetary allocation towards the development of infrastructure across India. with a special focus on developing Kochi Metro, Chennai Metro Phase 2, Bengaluru Phase 2A and B, Nashik and Nagpur Metros, among others. These proposals are bound to improve real estate projects in tier-2 and tier-3 regions by enabling a more seamless movement of people and resources to and from the urban centres.